Learn about the handicrafts made of toquilla straw

The art of weaving and making handcrafts made of toquilla straw it is one of the activities with which several Ecuadorian families generate income.Toquilla Straw  is not only the raw material of hats, that will never go out of style, it has also become that of other items, including purses, earrings, even bracelets.

The raw material for the production of straw hats is the “Carludovica Palmata”, commonly known as "toquilla straw". It is a tuber or potato similar to banana. It is currently cultivated in the mountainous parts of:  The Aromo, Pile, San Lorenzo y Jipijapa in Manabí. There are also crops in the provinces of Esmeraldas, Guayas and Santa Elena, and sporadic growing areas in the Province of Morona Santiago (Amazonia). The Toquilla Straw needs to be cultivated in humid soils and the final product depends on it, what to say of the growers, It would not be the same if it is cultivated in dry soils and only with abundant irrigation and fertilizers.

The toquilla straw  is a kind of palm without a trunk whose fan-shaped leaves emerge from the ground, each plant has broad leaves that reach two and three meters long. The outer part of the leaves is green; the center of them is white ivory or pearl white and it is the part from which straw is obtained for the manufacture of hats.

For the use of toquilla straw , it must be submitted by several processes. The first is to go to the plantations of the palm, “Carludovica Palmata“, also known as toquilla straw , the person in charge to collect the raw material, you will have to extract the bud or the stem of the palm, Only the young stems of the palms that have not yet been opened are used. Once collected, it will proceed to open the stem, with a special tool with (metallic needle) showing the internal fibers, which will then be used as straw. Then we proceed to cook the fibers for 25 minutes in an aluminum pot. Use two sticks to keep the stem submerged and move the straw constantly. Once the fibers have been cooked, they are dried. The weavers hang them on strings to dry them with the sun.  The fibers are left for hours or days, depending on the amount of straw. 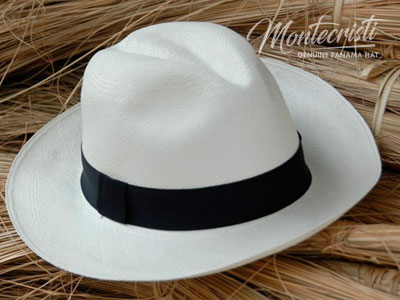 Toquilla straw hat: It is one of the most representative crafts made of this material. Its process is a preparation or elaboration can take from 2 to 6 months. The traditional weaving of toquilla straw  from Ecuador since December 5, 2012, is part of the Intangible Cultural Heritage of Humanity, It expresses the millenary and ancestral culture of Ecuador, a country that loves life.

Toquilla Straw handbags: The handbags that are made of toquilla straw, They are made with the same straw that is used for the famous Montecristi hats. The bags are hand woven in crochet. They are woven in the color of natural toquilla straw, but just like the hats we can find in different colors and designs. 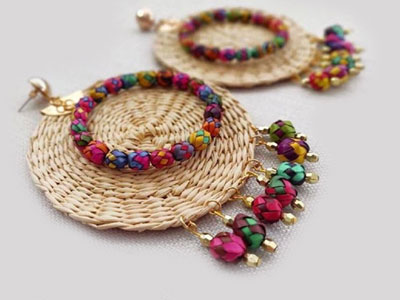 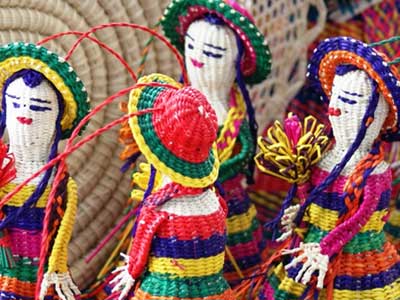 Toquilla straw dolls: They exist in different shapes and sizes; they are hand woven. In the process of elaboration its form is like that of an elongated hat. The part of the arms and extra details are added with other materials. Several of these toquilla straw dolls wear their respective hat that enhances the elaborate design.